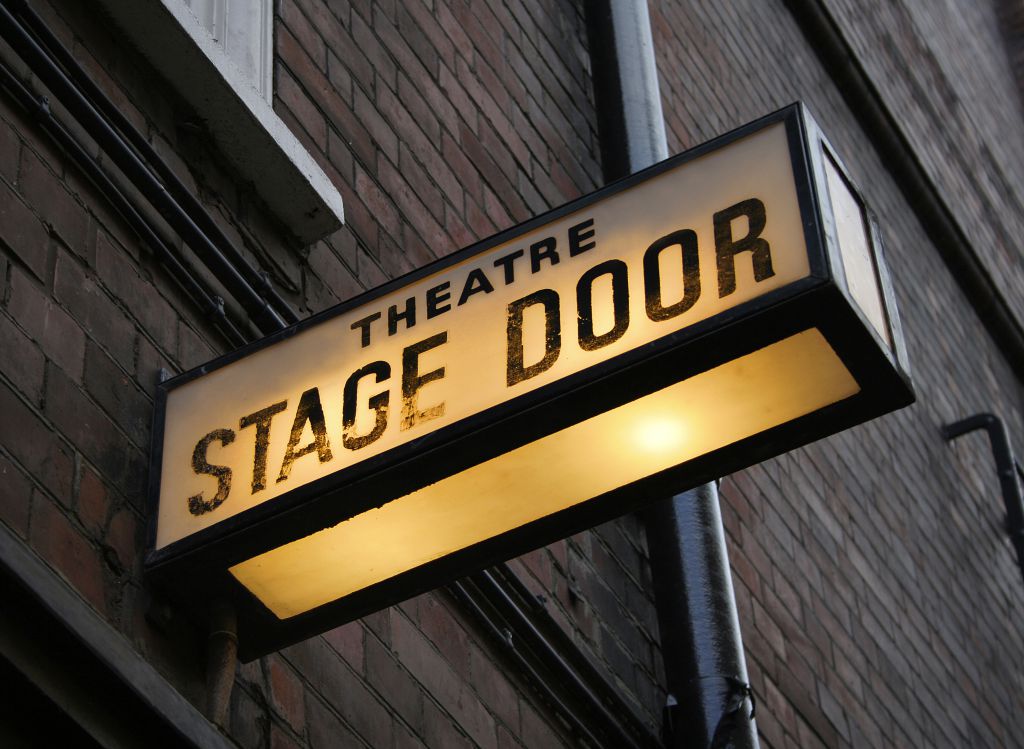 This May you can explore London’s Theatreland with Blue Badge Guide Diane Burstein! Here Diane, gives a taster of what’s to come….

As a London Blue Badge Tour Guide I’ve been leading a wide variety of walking tours for the past 20 years but my favourites are the Theatreland tours. These tours give me a chance to indulge my passions – London history and theatregoing. I love all types of theatre from Shakespeare to contemporary and attend a couple of shows a week so can keep walkers up to date on the latest theatre scene, while imparting information on London’s theatrical history.

It all began in 1576 with London’s first purpose built Elizabethan theatre which had the uninspired title of “The Theatre”. In those days London was a walled city and theatres, which had bad reputations as magnets for rowdy, unkempt audiences, had to be built outside the City Walls in areas such as Shoreditch and Bankside. It was on the Bankside where the Globe Theatre, home to Shakespeare and his fellow players, was erected in 1599. The original Globe burned down in 1613 when a cannon was fired during a performance of “King Henry VIII”, so we have to cross the river to Covent Garden for London’s existing oldest theatre.

For 20 years London’s theatres were closed by order of the Puritans, but the restoration of King Charles II saw two theatre companies being awarded royal patents. One of these, the King’s Men, built a theatre in Bridges Street, now Catherine Street, in 1663 and this was later renamed Theatre Royal Drury Lane. Today’s impressive 1811 Theatre Royal is the fifth on the site. It was one of the first theatres to allow women on stage and the main female performer was ex-orange seller Nell Gwynn. London theatres claim to be haunted and this is the most haunted of the lot boasting a “man in grey”, who only appears during successful runs, and the ghost of clown Joey Grimaldi who has been known to give bad actors a kick in the behind!

King Charles II’s other Royal Patent went to the Duke’s Men who established the Covent Garden Theatre in Bow Street, later to become the the famous Royal Opera House. Today’s Royal Opera House dates to 1858 – its predecessors both burned down! After the first theatre was rebuilt in 1809 manager John Philip Kemble increased the prices and the audience rioted for 60 nights! In 1848 the theatre turned to opera and became the Royal Italian Opera House, later dropping the word “Italian” and embracing ballet after the 2nd World War.

Just a short distance away you will find the Donmar Warehouse. Originally a brewery store, then a banana ripening warehouse, this Victorian building was converted by theatrical producer Donald Albery into a rehearsal studio for the London Festival Ballet which he formed with prima ballerina Margot Fonteyn – hence the unusual name. The late 1970s saw the building leased by the RSC for small scale productions. When they left it was a venue for touring productions but since a 1992 refurbishment it has been a producing theatre. The Donmar’s reputation is so great that it has attracted starry names including Gwyneth Paltrow and Nicole Kidman, whose performance in David Hare’s “The Blue Room” was described by one excited theatre critic as “theatrical Viagra”.

A five minute walk from the Donmar takes you to Shaftesbury Avenue where you will find several late Victorian/Edwardian theatres. These were the result of a theatre building boom after rules restricting serious drama to the legitimate “royal” theatres had been lifted. The jewel in Shaftesbury Avenue’s crown is the Palace Theatre at Cambridge Circus. Built in 1891 as the Royal English Opera House, before long and with a changed name, it was hosting musicals as “On Your Toes” and “The Sound of Music”. “Les Miserables” enjoyed a long run at the Palace before moving down the road to the Queen’s and “Harry Potter and the Cursed Child” now beckons.

One of our most beautiful theatre exteriors can be found in the Haymarket. This theatre boasts the smartest stage door in town (viewed from Suffolk Street) with a plaque to Oscar Wilde, whose “Ideal Husband” and “A Woman of No Importance” played here in the 1890s. The flamboyant actor manager in Wilde’s day was Herbert Beerbohm Tree, who went onto manage Her Majesties Theatre opposite, a building which changes name whenever we have a change in sex of monarch (for a long time it was His Majesties). For the past 30 years of Her Majesties’ life, “The Phantom of Opera” has been in residence, an apt choice of production as formerly an opera house stood on the site.

This ends our whirlwind introduction to the central London Theatre scene! If you’d like to discover more then please join me on on my Theatreland Walking Tour.