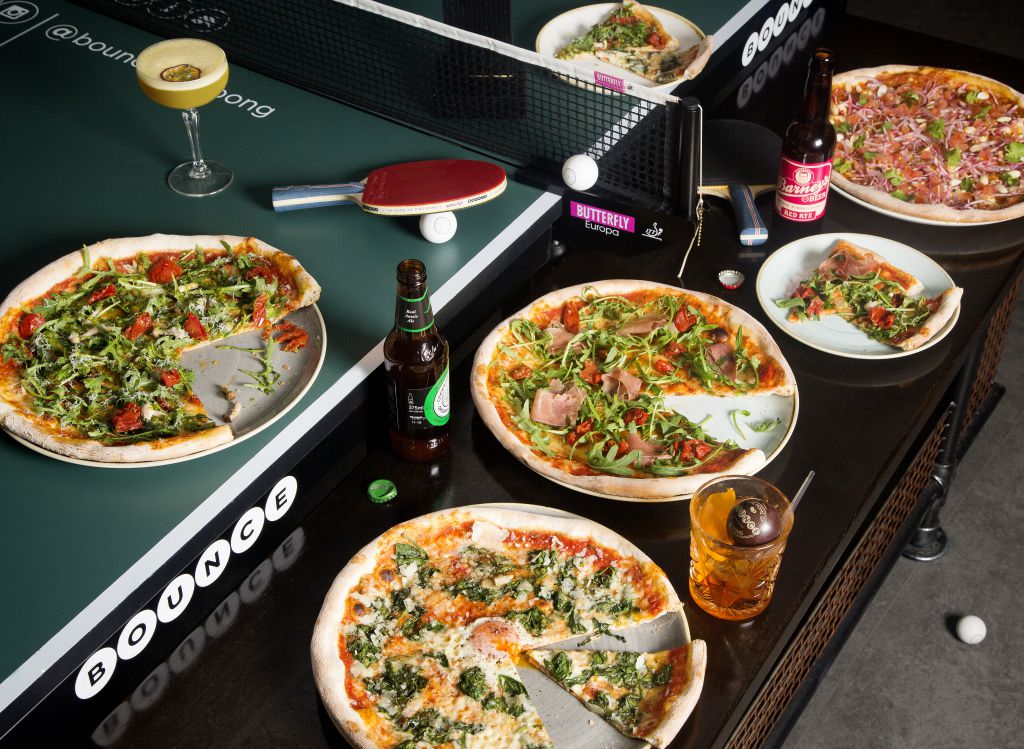 It’s a great time for us at Who London at the moment. July marks our 2nd anniversary of wholondon.co.uk and so we have some top events for you this month especially!

We wanted to do something unique to start our next year and we hope you’ll agree it looks great! On Sunday 31st July at 3pm we’ll be at Bounce in Farringdon! We’ve planned a selection of food to share so you can snack and chat with other Who Londoners. If you’re a Ping Pong enthusiast we have bats and balls, so there will be a lot of fun to be had….

***See photos, videos and feedback from this event.***

Bounce was born in 2012 and is a 1950’s style cocktail bar and is set in the home where Ping Pong was originally first played. With a bar and red leather booths, a restaurant and Ping Pong tables, Bounce is considered an iconic social entertainment venue – being visited by famous stars too.

One of Bounce‘s founders was a competitive table tennis player himself and the flagship venue of Farringdon, where we’ll have our party, is where Ping Pong was first created and patented in 1901 by Jaques of London (the oldest sports and games maker in the world – Croquet, Snakes & Ladders, The Staunton Chess Set….).

Did you know Ping Pong was originally named Gossima for the dining room and was designed due to tennis surpassing Croquet at the then Wimbledon Croquet club? In fact 10 years after Gossima was created, in 1901, its rebranding to ‘Ping Pong’ right above the current Bounce restaurant made this game a success in the UK, where it was previously unpopular.

Now we love Ping Pong! It offers entertainment, exercise and social activity. Perfect for Who Londoners.

Bounce is the only facility of its kind in Europe and out of operational hours it’s also a success with its community initiatives, offering a location for sponsored coaching sessions for disabled people, charities, schools and community groups.

Come along with us and see for yourself the fun of Bounce!