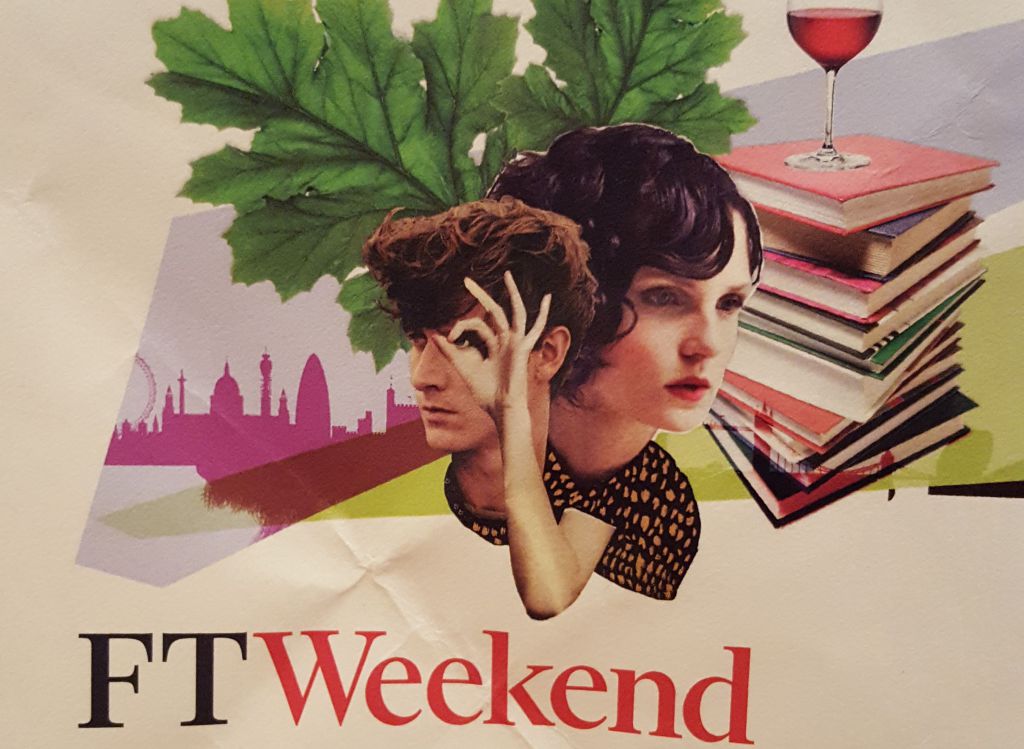 The FT Weekend’s first festival on Saturday was a relaxing day, albeit an inspiring one too…..

Alex,  Who London founder, shares more about her favourite talk, which was by Tim Harford, Economist, Journalist and Author, and titled “The magic of mess: problem solving in our frenetic lives”. Tim talked about trying something new, like he has with baking, which can take you out of your restrictive comfort zone. Doing this can prove to be so rewarding.

…”messiness lies at the core of how we innovate, how we achieve, how we reach each other – in short, how we succeed. In Messy*, you’ll learn about the unexpected connections between creativity and mess; understand why unexpected changes of plans, unfamiliar people, and unforeseen events can help generate new ideas and opportunities…” timharford.com *Tim Harford’s new book

For instance, I casually decided to choose a talk that I perhaps wouldn’t normally have done and listened to “Knives in the Kitchen” with Tim Hayward and Tim Anderson (Anderson won Masterchef in 2011). Did you know Japanese chefs don’t touch the chopping board when cutting their food? Who knew that there is a different chef knife culture in Japanese cooking compared to the Western World? Maybe I will try some changes to my home cooking following the talk! So, clearly, acquiring new knowledge broadens our horizons – I might just prepare my meals in another way and experience something new. I might cook for a friend in a different way which might change the course of the evening. If I cook as I usually do, then the evening might just stay on its normal track. Indeed, in Tim Harford’s talk he explained that last year’s tube strike caused commuters to change their journey routes during the strike, after which 1 in 20 continued their new route – all despite their having believed for years that their previous route was best for them! Small change, big improvement.

So a message for you: be open minded and embrace new things…don’t just always rely on your instinct for everything (although instinct is very valuable too) – why not try table tennis and not just assume that you can’t do it because you’ve never been good at racquet sports, or you’re not sporty? You might find you’re super dexterous and can therefore be more enjoyably confident in undertaking your own DIY, or even that you would like to join a table tennis club. Who’d have thought…?!

Trying something random or with new people can end up being a better way for you to go about your daily life or your hobbies for example. Being in a diversified group can work better and gives us the opportunity to be open minded. Tim explained that we are less lazy with strangers as we have to explain things further than we would with people we know. This is important because it helps us with memory and at the same time we learn new things. When you improvise you can learn better from what’s going on in the room/around you. How else did Martin Luther King Jr. capture audiences with his dream speech? The dream part wasn’t scripted, he let go and adapted from his plan. And the rest is history.

So “mess makes you more creative”, but how does this resonate with you?